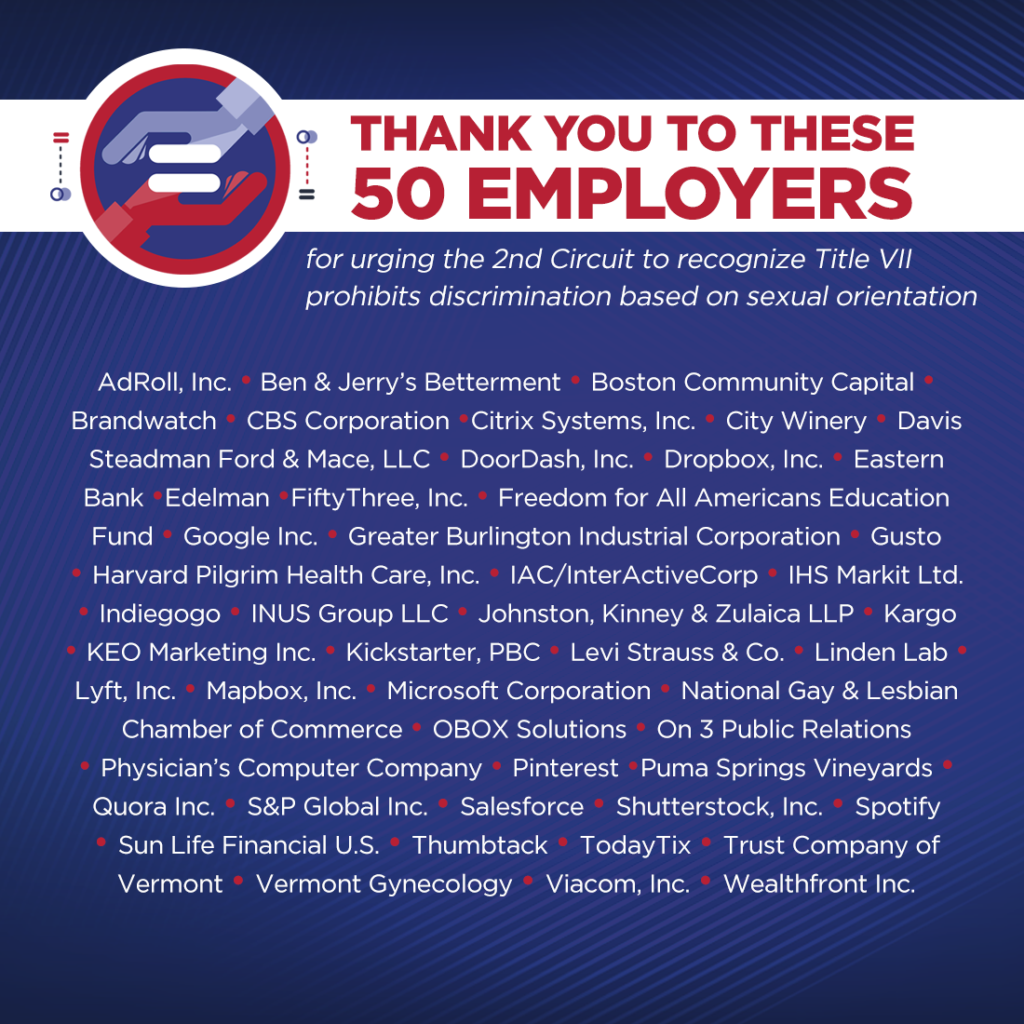 The brief was authored by Quinn Emanuel, the largest law firm in the world devoted solely to business litigation and arbitration, and states in part:

Thank You to All 50 Signers of the Brief:

More About the Case:

Zarda v. Altitude Express, Inc. will be heard en banc, meaning before the full court, by the 2nd Circuit Court of Appeals based in New York, which has jurisdiction over Connecticut, Vermont and New York. The full full court will reconsider an exclusionary 17-year-old legal precedent that states employment discrimination based on sexual orientation is not prohibited under federal law.

The case is being led by Gregory Antollino, a lawyer in New York with a long history of trying employment discrimination cases.

Courts are increasingly catching up to public opinion on the issue of LGBT equality in the workplace. A groundbreaking decision from the full 7th Circuit Court of Appeals in April in a case filed by Lambda Legal held that employment discrimination based on sexual orientation is illegal under Title VII of the Civil Rights Act of 1964 — the first time a federal appellate court has ever reached this conclusion.

Clearly, momentum for LGBT non-discrimination is building and picking up steam. As Freedom for All Americans continues to pursue opportunities to advance legislation at the local, state, and federal level, we also applaud our indispensable legal partners for their work in the courts. This movement in the courts builds undeniable momentum toward federal resolution and provides critical education opportunities to help more Americans understand the need for non-discrimination. Together, with the strategies of securing court wins and encouraging policymakers to take action on inclusive laws, we can protect more people as quickly as possible and ensure that no one faces discrimination because of who they are or who they love, in any aspect of their daily lives.